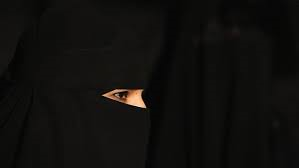 A female Saudi student murdered on a British street in broad daylight may have been targeted because of her Muslim dress, police reportedly said.The woman, who was in her early 30s, was wearing a navy blue full-length Abaya and a multi-colored hijab headscarf when she was attacked at 10.40am on Tuesday, local media reported.

Detective Superintendent Tracy Hawkings said it appeared the woman had been stabbed and she also suffered facial injuries.She died at the scene in Colchester, 100 kilometers north of London, from head and body injuries.Hawkings said police were keeping an open mind about the motive of the attack but were investigating whether her religion played a role.

“We are conscious that the dress of the victim will have identified her as likely being a Muslim and this is one of the main lines of the investigation but again there is no firm evidence at this time that she was targeted because of her religion,” she was quoted as saying.“We have not yet been able to formally identify the victim but we believe we know who she is and specially trained family liaison officers are speaking with her family now.“A forensic post-mortem is due to be carried out this afternoon to establish the cause of death but at this time it would appear that a knife or other bladed weapon was used in this attack.
“The victim also suffered facial injuries but the cause of these has yet to be established.“We have no further detail on the murder weapon or weapons at this time but if anyone comes across any suspicious items which they think could be connected to this murder we would ask them to call us.”

The Saudi embassy said its ambassador to the UK was taking an active role in the case."Prince Mohammed bin Nawaf expressed in a telephone call on Tuesday to the brother of the deceased his sincerest condolences to her family, affirming the embassy's speed in taking all the procedures for the transfer of the body of the deceased to the kingdom. He also asserted that the case is in his personal attention," the embassy said in a statement quoted by The Guardian.Police also have asked nearby residents to check their gardens and bins for potential weapons or bloodied clothing, and have called on anyone who was in the vicinity of the area during that morning to contact them.Sniffer dogs and a helicopter with thermal imaging equipment also are being used in the investigation.

A 52-year-old man from Colchester was arrested on Tuesday night in connection with the incident.
Hawkings said police also were looking at possible links with the murder of a vulnerable man with brain damage who died after being stabbed more than 100 times at a park in the town in March.“There are some immediate similarities between this murder and that of James Attfield but there are also a large number of differences as well,” she said.

“There is no current known motive for this attack and we are keeping an open mind and exploring all possible avenues of investigation.”- Arabian Business
Posted by Crazy in Kuwait