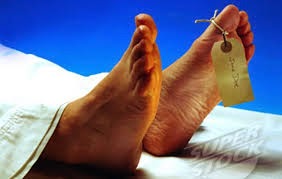 KUWAIT CITY, June 8: The Criminal Court presided over by Judge Abdulnasser Khuraibet sentenced a citizen to 10 years imprisonment with hard labor and acquitted his wife in the murder of a housemaid whom they buried in ‘Al-Hijin’ desert.

Earlier, the Prosecution charged the man and his wife for killing the housemaid and the man confessed that his wife had beaten the housemaid to death using a thick stick, and then kept the body inside a box and buried her at night in the desert to conceal their crime. After that, they filed an absconding report against the victim.

Meanwhile, the court acquitted the son of one Special Forces top official of mocking religions.

More murderers getting off! What happened to following Sharia law? It seems justice will be served on the Day of Judgment because no one will give these people what they deserve! This place is out of control- prostitution rising, thefts, murder, rape and so much more increasing daily and yet when they can set an example for people who commit crimes they "ACQUIT" them.
Posted by Crazy in Kuwait