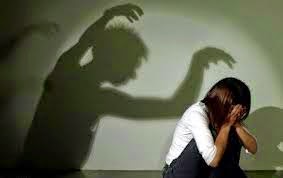 A Kuwait court sentenced a traffic policeman to death after he was convicted of raping a Filipina before trying to kill her by stabbing her many times.

The cop had snatched the girl from a taxi cab, taking advantage of her violation of immigration laws. He then took her to a remote desert area at night and asked her to have sex with him but she refused.

He then stabbed her in the neck and pushed her on the sand before raping her. He stabbed her again and left the area, thinking she was dead.

When he saw that she was still alive and was trying to get up, he returned and stabbed her again many times, believing he had finished her off this time.

After he left, the wounded girl managed to crawl to a nearby road, where she was found by a driver who happened to be passing at that late hour.

The girl remained in hospital. While in court, the policeman who was identified by the victim claimed he was suffering from psychological problems and that he was not responsible for all his actions. But a medical report rebuffed his claims, prompting the judge to hand down the death sentence.- Emirates 24/7

Now, will he really be executed or just a 'life sentence' ?