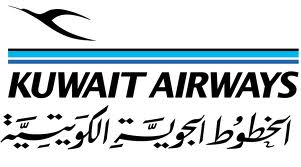 Almost half of all Kuwaitis working for the national airline have agreed to resign or be transferred to other government jobs as the carrier prepares to be privatized, according to Arabic daily Al Seyassah.Kuwait Airways also revealed exclusively to Arabian Business in April it is planning to retrench 1000 foreign workers on top of the 400-plus citizens who will leave the company.The 870 locals employed by the carrier are believed to have had until June 1 to voluntarily agree to quit.

Kuwait Airways is undergoing a major restructure and upgrade as part of its plan to privatize after two decades of being burdened with old, inefficient aircraft, staff protectionism and a bloated workforce of 6000.It has signed a deal to purchase 25 Airbus aircraft and lease 12 planes while it waits for the new ones to be delivered from 2019. Its present fleet is an average of 20 years old.
CEO Rasha Al Roumi, who was appointed in December, told Arabian Business in April she wanted to reduce the workforce even further.

“My target is 4500 but I can’t do that this year,” she said.
Al Roumi said it would take at least three years to make the airline profitable and therefore attractive to an investor.Kuwait’s parliament first approved a plan to privatise the loss-making carrier in 2008 but the process has been repeatedly delayed.

Last year, the Kuwaiti government paid off KD441m ($1.55bn) worth of debt accrued by Kuwait Airways in preparation to sell the national carrier.The debt had been accumulated since 2004.

Kuwait is planning to replace foreign legal workers who each have at least 30 years’ experience with an online legal encyclopaedia, according to Al Qabas daily.The Ministry of Social Affairs and Labor is forcing the lawyers to retire as part of its efforts to reform the industry and increase the number of Kuwaiti lawyers.

However, critics have said the country does not yet have the required expertise to replace the foreigners, many of whom have helped to build the country’s legal system and have advised on government policies and draft legislation.Sources told Al Qabas the ministry would launch a legal encyclopaedia as well as electronically linking the Ministry of Justice and the Fatwa and Legislation Department to make gaining legal information easier.

Usually, foreigners who are no longer working in Kuwait or are not sponsored by an employer or family member have to leave the country.Kuwait, like other Gulf states, is attempting to increase the number of citizens in the private sector. Presently, more than 90 percent of working Kuwaitis are employed by the severely bloated public sector, at an enormous financial burden to the government.
- Kuwait MP behind controversial tape -

A Kuwaiti MP has confessed to “being behind” a controversial tape that has caused significant political disruption and seen two newspapers suspended.Sheikh Ahmad Al Fahd Al Sabah said in a televised interview that he also had been involved in forming allegations of government corruption made by the opposition last week.

The controversial videotape discusses an alleged plot to overthrow the Gulf state's rulers.The Information Ministry banned media from publicising the tape or a sensitive investigation into it, claiming publicity had been damaging to the country.Arabic newspapers Al Watan and Alam Al Youm defied the ban and were initially suspended for two weeks, followed by a second one-week ban.


Sheikh Ahmad said he would present evidence of his allegations to the Public Prosecutor.
National Assembly Speaker Marzouq Al Ghanem on Sunday thanked Sheikh Ahmad for revealing his involvement in the tape and allegations and urged him to imminently present the evidence to the Public Prosecutor.Stressing MPs’ duty to protect public funds, he called on the Anti-Corruption Authority to fully investigate all corruption allegations.He said the State Audit Bureau also had been instructed to publish its report through the media to inform the public before referring it to the National Assembly to ensure the bureau’s neutrality.

So much going on, but nothing positive.