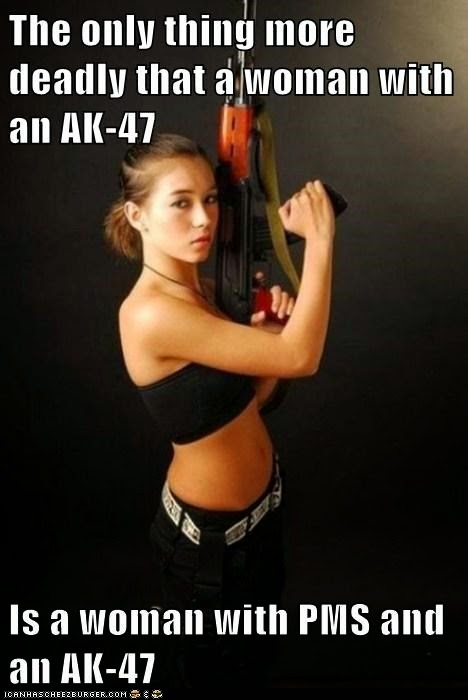 Intrusion A brave non-Kuwaiti wife of a citizen managed to snatch away an AK 47 from the hands of two citizens who barged into their farm house while her husband was busy calling police, said security sources noting that both the couple and the two suspects were referred to the police for further investigations. -Kuwait Times

YOU GO GIRL! and to think some people are against citizens marrying foreign women, well let this be a lesson! We will protect our men!
Posted by Crazy in Kuwait