Complaint against Blogger -another restaurant crying over a bad Review 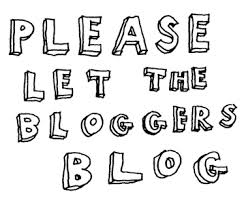 Once again a blogger has been accused of defamation, I hope it isn't Mark. So, if your food sucks we aren't allowed to voice our opinions without being sued? I was going to blog about an Irani restaurant I recently visited until I found a hair in my food, sent it back and received a new plate, with the same hair in it so I didn't waste my time talking about the place. I did however blog about finding a roach in my food at TGIF in Mahboula, that was disgusting and unsanitary. I received an invite back to the restaurant to check out the kitchen etc. That was over a year ago, I have yet to visit there again.

Either way people are going to know one's opinion, if you don't read about it you will hear about it as word-of-mouth works like blogging/tweeting. Instead of whining about an opinion do what most managers do, apologize and work to make the service/food better instead of going after a blogger/tweet criminally. When someone files a complaint and it is read in the paper it spreads like wildfire and more negative attention is brought to the restaurant. When Mark was accused by Beni Hana of defamation is upset more people due to the David and Goliath factor, a big company going after a blogger because of his opinion.

My mother had visited the same restaurant and told me the food wasn't very good which is one of the reasons I have yet to visit - almost the same as reading a blog review but with facial expressions. Once again the restaurant could have apologized and vowed to improve instead of going after him. After reading this article I really want to know the name of the blogger and the restaurant, if I would have just read the tweet it wouldn't have been so intriguing. Now that it's in the newspaper it will bring more negative attention, is that what the restaurant really wanted?

THINK BEFORE YOU REACT!!!!
Posted by Crazy in Kuwait