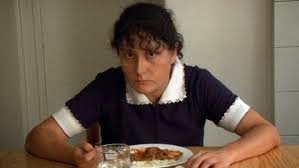 KUWAIT CITY, Sept 12: The Government of India has made it mandatory for employers in Kuwait wishing to bring female domestic workers from India to submit a Bank Guarantee of $2,500 equivalent to KD 720 (Kuwaiti Dinar Seven hundred twenty only) as a security deposit with the Embassy of India in Kuwait with immediate effect.

Henceforth, the employers in Kuwait bringing female domestic workers have to deposit a Bank Guarantee of KD 720.000 (equivalent to $2,500) in favour of Embassy of India along with the documents submitted for attestation by the Embassy.

The Bank Guarantee, provided by a bank in Kuwait needs to be valid till such time the female domestic worker remains in Kuwait.

The Embassy will attest agreements for employment of female domestic workers in Kuwait once the above condition of Bank Guarantee is fulfilled.

This measure is being taken to safeguard the welfare of female domestic workers in Kuwait.

That doesn't mean she won't run away once she gets here, a lot of women use domestic help as a way of getting into the country, finding a middleman and then running away to look for another job which means you lose the money you spent and will have to start all over.

KUWAIT CITY, Sept 12: The Ministry of Interior has busted a gang of people who own fake offices and offer domestic help to unsuspecting people at comparatively cheap price, reports Al-Qabas daily. The daily added, these offices work hand in hand with the maids who once hired by a family runs away after working for a few days and then they are offered to other people. This is done through mutual understanding with the maids and owners of these fake offices.

The daily added, personnel from the Residence Detectives Affairs raided a hideout in Jleeb Al-Shuyoukh and arrested a group of Asians involved in the scam. The Ministry has warned families not to fall prey to fake offices.
Posted by Crazy in Kuwait