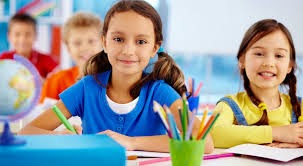 KUWAIT: Public and private schools in Kuwait are welcoming the new academic year, but some expatriate children will not be able to attend school due to residency and financial difficulties.