A Saudi man set his new iPhone 6 handset ablaze as he was apparently angered by the public rush to own the latest model by the US apple company.

“Hey you, who claim to be educated…is this the iPhone 6, here it is…it is burning now…you have banged our heads about these devices….here it is ablaze now,” the unknown man said in a YouTube film published in local newspapers.

It was not clear where in Saudi Arabia the film was shot and why the man wasted thousands of dirhams for such a demonstration. But it seemed from the man’s words and tone that he was annoyed by the public rush and massive propaganda for iPhone 6 in Saudi Arabia, the largest GSM market in the Gulf.

The Saudi guy burns it like nothing while this poor Chinese guy is willing to rent his girlfriend out by the hour, day and month so he can raise money to buy the new iPhone, two completely different worlds united by a phone. 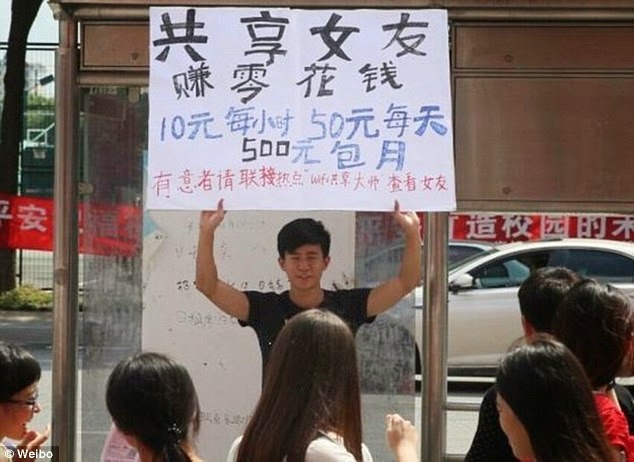