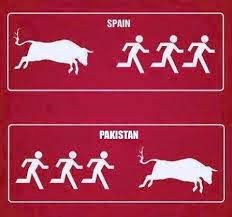 This means the official working day after Eid break will begin on Wednesday and the decision to include Wednesday and Thursday will be left in the hands of the Council of Ministers to extend the holiday to nine days.

KUWAIT CITY, Sept 22, (KUNA): The Cabinet has decided to regard Wednesday and Thursday, which fall on Oct 8 and 9, as “days-off”, said Minister of State for Cabinet Affairs and Acting Minister of Justice Sheikh Mohammad Abdullah Al- Mubarak Al-Sabah. “Oct 8 and 9, which fall on Wednesday and Thursday, will be days-off for the employees of ministries and state bodies,” the minister said following a weekly cabinet meeting held at Al-Seif Palace on Monday under chairmanship of Deputy Prime Minister, Interior Minister and Acting Minister of Awqaf and Islamic Affairs.

The decided two-days off will be part of the official holiday of Eid Al- Adha, which falls on Saturday (Oct 4). Thus, the holiday of the festival will be nine days, beginning on Friday (Oct 3) and ending on Saturday (Oct 11).
Posted by Crazy in Kuwait