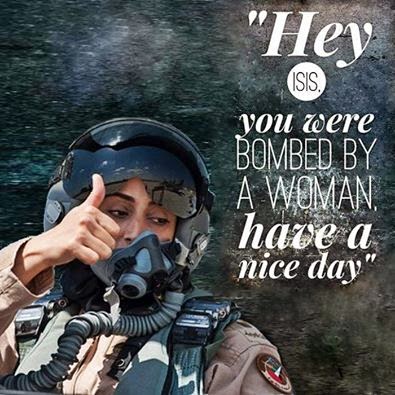 “I the beginning, I had not expected to become a pilot of F16,” Mariam said in a film broadcast by Abu Dhabi television on Wednesday night.

“But thanks God, our dream which has been fulfilled thanks to the support of the leadership, government and our instructors….….I would like to say that both Emirati men and women have the right to work in any field with determination, faith, resolution and sincerity to serve our beloved homeland.”


UPDATE: This story claims she has be disowned by her family for bombing Sunni targets.﻿
Posted by Crazy in Kuwait