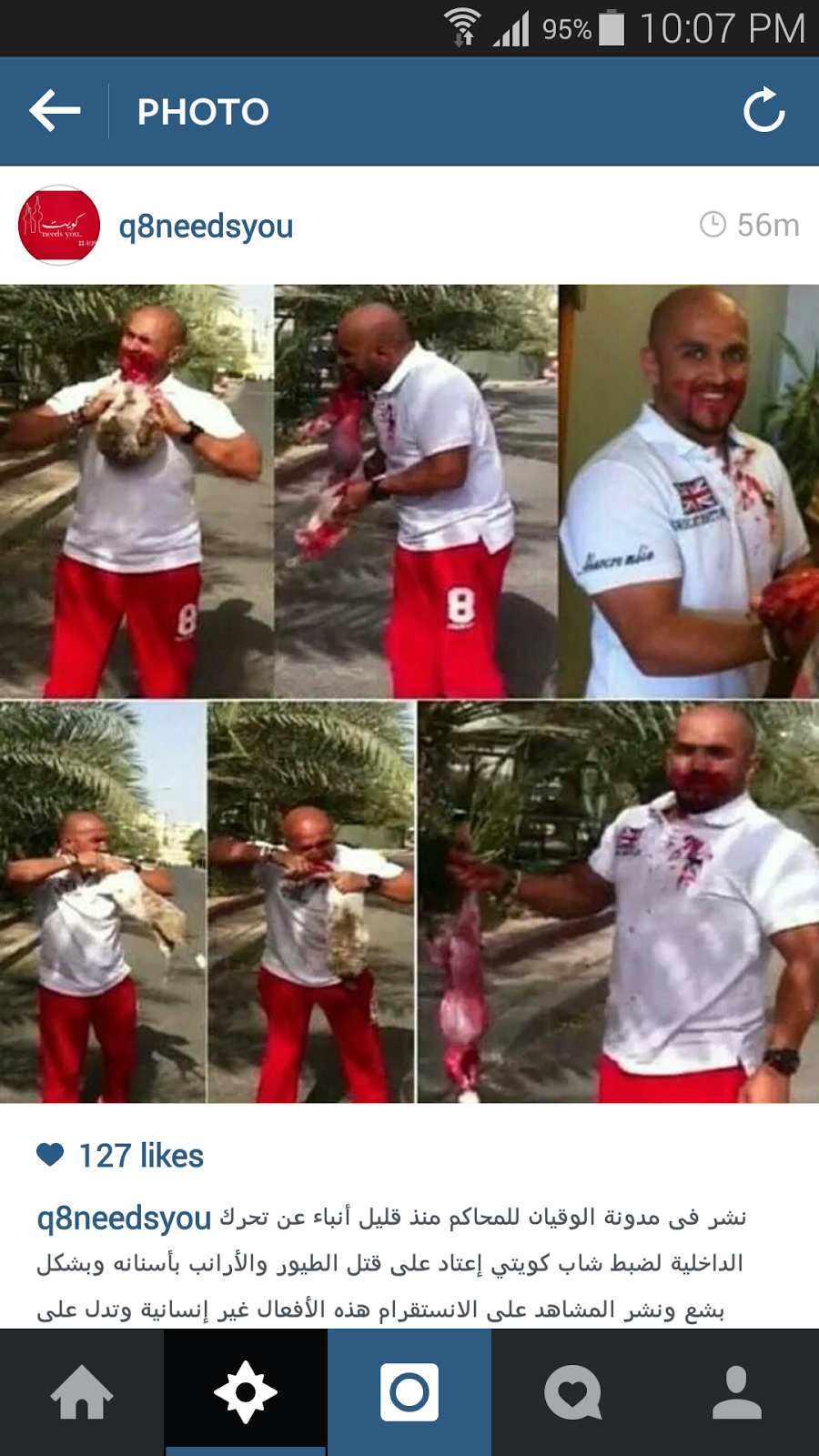 I found this on IG, I have no words to describe my shock and horror,he is doing it while the rabbit is alive, there's a video on his IG! This guys goes by @cannibal_q8 someone needs to report him! He also (wears speedos, an anchor choker) shows his CID because he's not scared of @mariam_alkharafi. What's really sad is the fact that his followers had increased by hundreds within 15 minutes, sickos! This is a perfect example of what happens when steroids go bad. 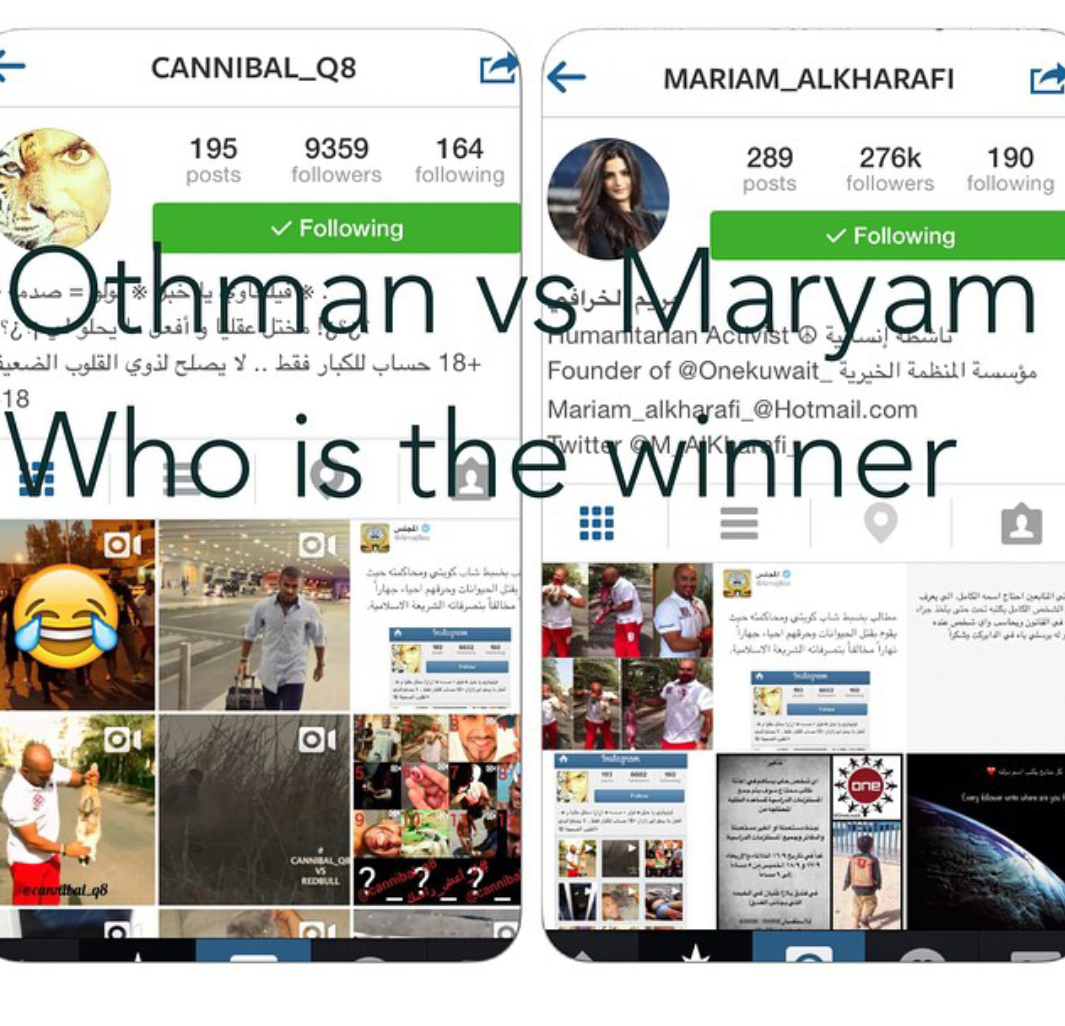 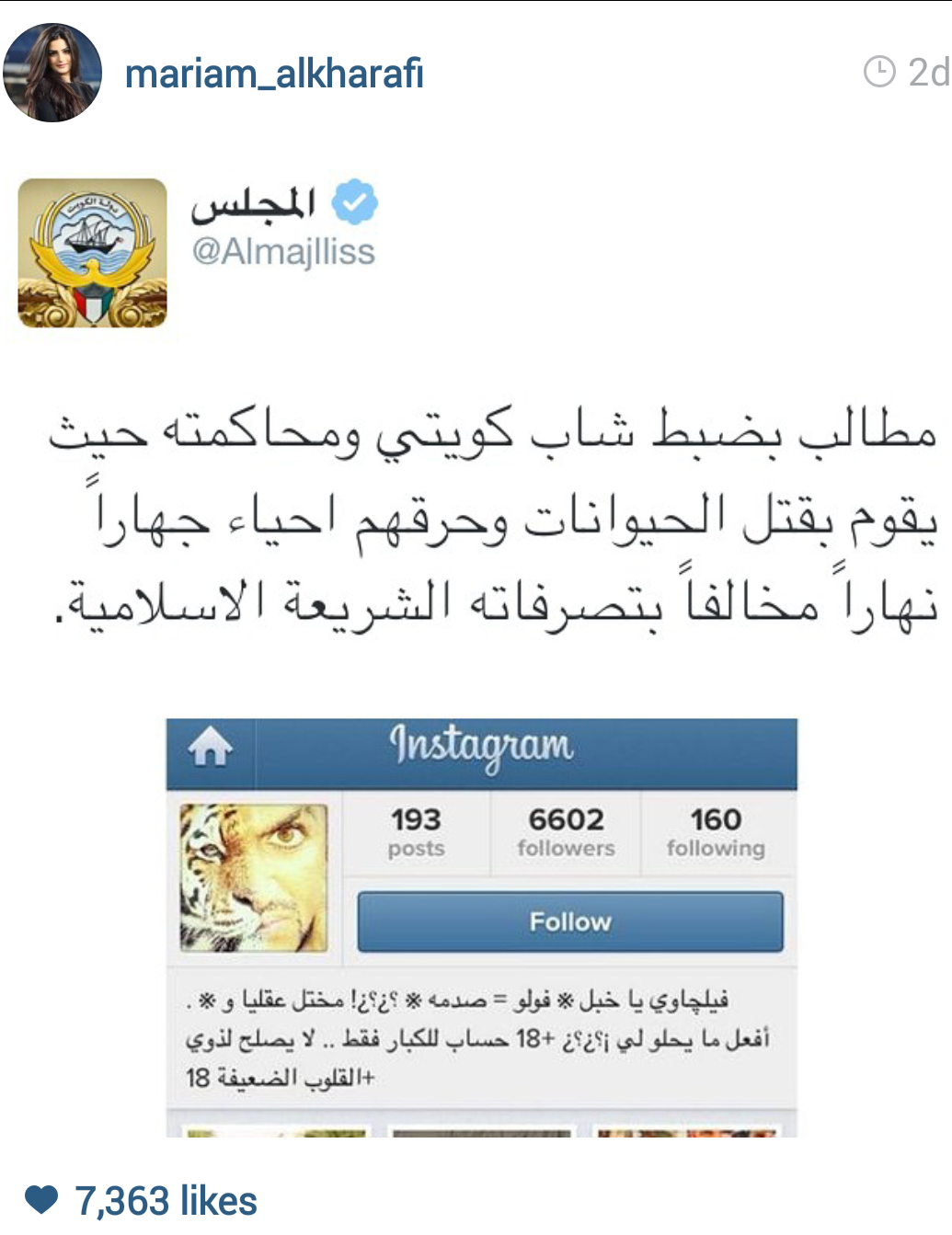 I don't know what it says
As of 2:45 pm today he has 16437 followers, at 10 pm last night he had 12900, his account was brought up 2 days ago when @Mariam_alkharafi  posted about it, he only had 6600 followers? Who are these people following him?
UPDATE: He has removed all of the videos of him ripping apart dead animals, he's still a wack job. Now, if he could get rid of that anchor choker.........
Posted by Crazy in Kuwait