Kuwait's inflation- no end in Sight? 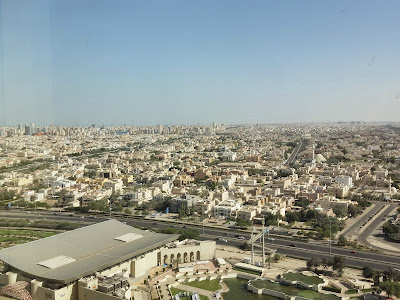 Kuwait’s inflation has soared to its highest level in three years, at 3.4 percent, according to the official statistics office.The significant rise is heavily influenced by housing costs, which account for nearly 29 percent of consumer expenses. They jumped 6.3 percent year-on-year but were flat month-on-month.The waiting list for government housing in the Gulf state is at least 20 years, according to past reports. An influx of expatriates, who account for two-thirds of the population, without matching residential construction, also has caused rents to climb significantly.

Food and beverages, which account for more than 8 percent of the basket, rose 2.3 percent from a year earlier and 1 percent from a month ago.Kuwait is under pressure to reform its public spending, including reigning in subsidies and increasing spending on infrastructure, which has failed to keep up with population growth.The International Monetary Fund (IMF) and the finance ministry have said the country risks dipping into a deficit as early as 2017 if it does not respond to economic reforms.Oil accounts for more than 90 percent of export revenues and the state budget. The economy has been hit hard by the 50 percent fall in oil prices since June.
Posted by Crazy in Kuwait