New York Seltzer coming back to the Market 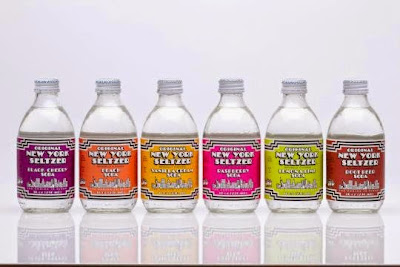 --Original New York Seltzer — the 1980s classic soft drink that was a favorite of Rambo actor Sly Stallone — is making a triumphant return after a two decade absence, beginning with online sales and expanding to grocery stores and restaurants across the country in the coming days.--

Founded in 1981 by the father and son team Alan and Randy Miller in Walnut, California, the brand’s popularity soared in the 1980s, focusing on a “natural” approach to soft drinks using a preservative-free formula in an era when such a practice was largely unheralded. Bubbly, fizzy and sold in charming siphon-style glass bottles embellished with a New York City motif, ONYS was omnipresent, with flavors ranging from vanilla cream soda to orange. One of the company’s biggest points of differentiation quickly became the complete foregoing of artificial color, meaning that while raspberry tasted like raspberry, no unnecessary magenta hue bogged it down.

Who else remembers this drink besides me? I also remember zeltzer seltzer four pack.
Posted by Crazy in Kuwait