Vanity in Kuwait starts in KG 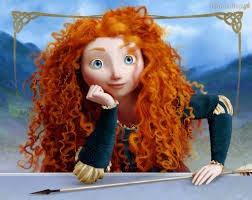 Anyone who has been to Avenues or anywhere in Kuwait can see how vain some women are. A lot of them have to wear loads of makeup, perfect eyebrows, contacts, fake eyelashes and plumped up lips all of which are frowned upon in Islam besides makeup but even that shouldn't make you look like a completely different person. As new contouring techniques come out and women strive to be the most beautiful female on Instagran it will only get worse.

I often wondered when does vanity start in Kuwait and today I have found out, it starts in KG. My daughter who is Kuwaiti by birth but has a mixed heritage is constantly being picked on in the government schools because she has curly hair. Before she started school she never had a problem other than the fact that she's the only one with that texture hair. I have always told her she is beautiful and her hair is a gift from God and to embrace it.

When we go out she is always told how nice her hair is but once she started the government school she hates it. She tells me no one else has curly hair and she wants straight hair to the point of crying if she has to wear it down. Tomorrow is her KG graduation and she had pictures today so I fixed her curly hair and immediately she started freaking out crying and saying it's not nice. She continued all the way to school walking in with her hands on her head trying to hide her hair.

When she got home she told me her teacher told her that she has to have straight hair for tomorrow. Teachers are supposed to be educators and nurturers of fragile minds not making a child feel like she is less because of her hair. The teachers already have a problem because my kids are not fluent in Arabic and tend to pick on them already. I've heard stories from halfie Kuwaiti citizens and they have often said they were picked on in the government schools because they were mixed.

It's sad to think that the early years of children's lives are spent learning what is and isn't socially accepted instead of learning to love themselves for who they are. We have complained already because of the singling out of the kids but no one cares. After a hot day on the playground my son was sweaty of course and the nurse told him he stinks and to tell his mom  he needs a shower. What is wrong with these educators? I can watch my kids on the playground from my apartment window and I often see them getting hit and teachers are off to the side chit chatting.

Teaching is not just putting on make up, Cartier bracelets and Valentino heels, it's about teaching children life skills and learning how the world works. It's ugly enough out there without having to get it from your teachers. No, my child will not have her hair straightened, she will have the natural curls she was blessed with and I dare anyone to say something.

I really try my best not to piss off the teachers because they will make school hell for them. It's all about the parents, who they are, what family they are from and how much money they have. If you spoil the teachers with gifts and small talk then your child will be included in the plays and will stand out and if you complain and disagree then your child will be picked on and tormented. My goal is to have my children learn to read and write Arabic, once they gain that I will probably move them to a bilingual school. My daughter is not her hair as India Arie says.

I am not my hair video by India Arie.
Posted by Crazy in Kuwait