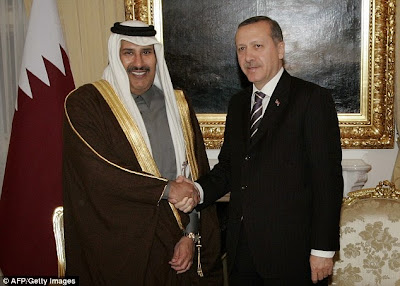 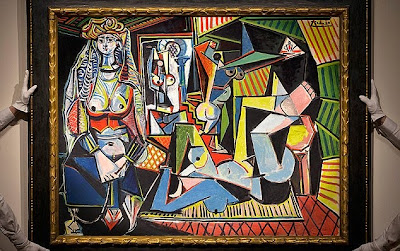 Sources who told the New York Post's Page Six that Hamad bin Jassim - known as HBJ - was the buyer revealed: 'The painting almost certainly will not go on public display in Qatar because of the nudity, even though it is a cubist work.' However, he may choose to keep it in one of his homes outside of the country - the billionaire is known for his vast property empire, which stretches across continents, including a home on New York's Upper East Side.

Indeed, the Telegraph claims he may even be eyeing up a job outside of Qatar, where he was one of the most powerful people in politics for two decades.He served as foreign secretary from 1992 until 2013, and Prime Minister from 2007 until 2013 - as well as serving as chief executive of Qatar Investment Authority, which bought Harrods for £1.5billion.But there were reports late last year that he might be looking to step into UN Secretary General Ban Ki Moon's shoes once he steps down in 2016.

However, if the rumours of his latest purchase are true, his is in good company with his fellow countrymen, as this is the second major purchase made by a Qatari in recent month.It is thought Paul Gauguin's When Will You Marry? - a scene of two Tahitian girls - fetched $300million earlier this year was bought by a Qatari museum, making it the most expensive painting ever bought.The Qatari royal family also made the second most expensive art purchase ever in 2011 when it bought a version of Paul Cezanne's The Card Players for $250million.

This particular painting also broke records, being the most expensive piece of art bought at auction. It was originally expected to only fetch around $140million, with bidding starting at $100million.
Experts say the prices are driven by artworks' investment value and by wealthy new and established collectors seeking out the very best works.

With all of the suffering in the world $180 million dollars could help a lot of people instead of buying a picture of cartoon boobs.
Posted by Crazy in Kuwait