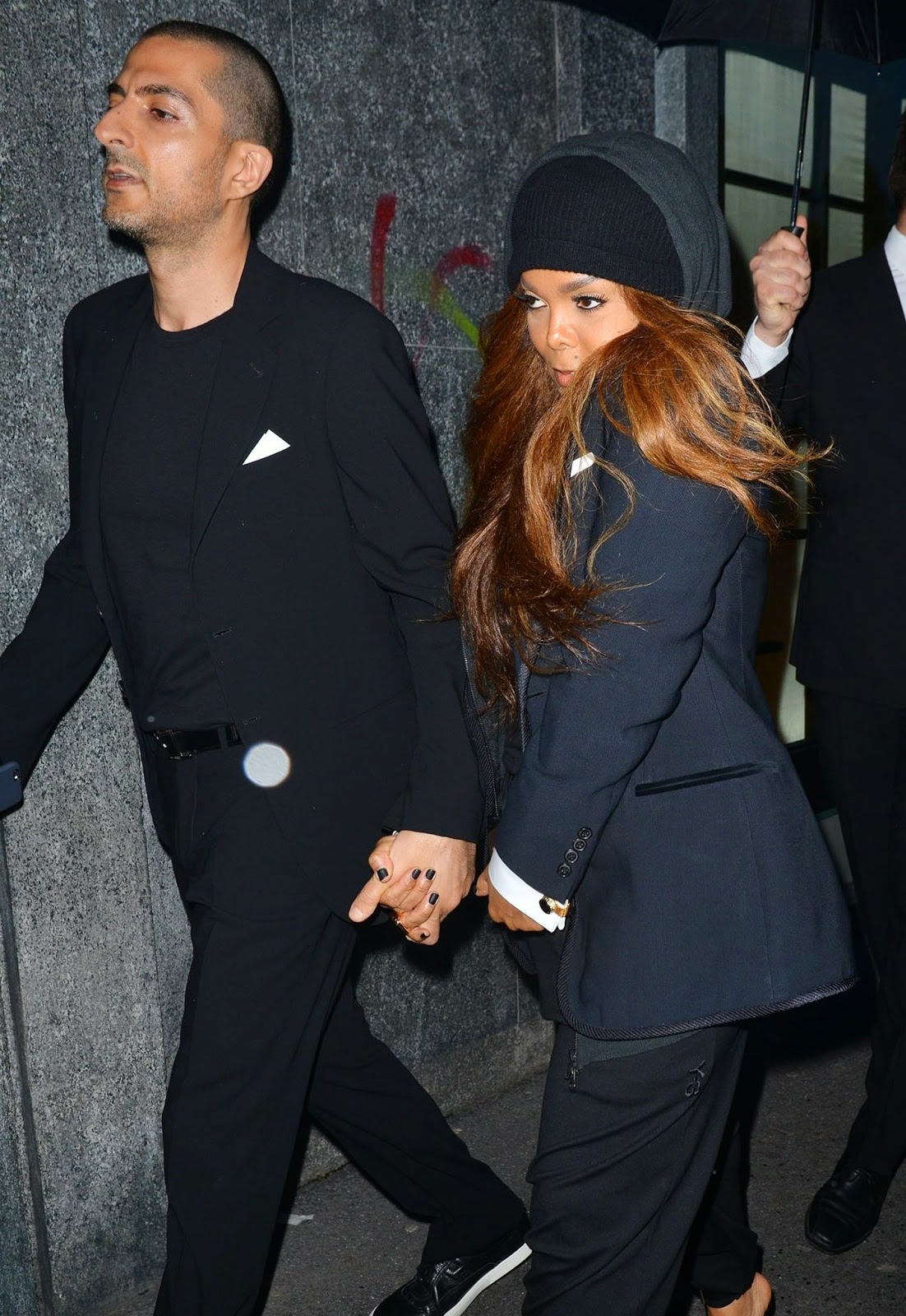 The pop star, 48, and her husband, billionaire Wissam Al Mana, attended the Armani 40th anniversary dinner at Nobu in Milan, Italy, on Wednesday night – just weeks after her fans jokingly reported her missing on Twitter.

Jackson arrived at the party hand-in-hand with her husband, 39, wearing a hooded blazer with black pants and black platform sandals. The star-studded event was also attended by Tom Cruise, Sophia Loren, and Tina Turner.

Before this rare sighting, the That's the Way Love Goes singer hadn't been spotted since February, when she was photographed shopping for shoes in Milan.
Posted by Crazy in Kuwait