Price of rent in Kuwait to drop or is it a Joke? 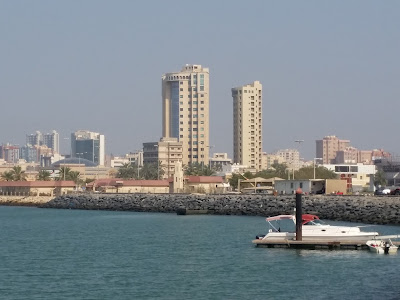 The rents of apartments are starting to decline from the Tenth Area (outskirts) to Farwaniya, Salmiya and Hawally areas especially with the presence of hundreds of empty apartments in these areas.

The decline in rents has led to suggestions of annual renewal of rent contracts and allotment of ceiling in hikes as applied in Dubai, reports a local daily.A member of Union of Real Estate Owners Qais Al-Ghanim said the rents in Kuwait will not increase again in the near future, adding that analysis of the market has indicated a decline in the rents from Tenth Area to inner areas occupied by expatriates in Farwaniya, Hawally and Salmiya.

He revealed that many expatriates have sent their families back to their countries out of fear of increasing rents of apartments while investors in the real-estate industry have started selling off their assets, which are among the reasons for the declining rents.Al-Ghanim explained that the realestate investors will face additional pressures when the interest rate increases because some of the investors bought real-estate through banking subsidy under certain prices.

They added that the demand for renting residential apartments will decrease by 60 percent compared to last year, a development which worries real-estate companies.

Is it possible??? Could it be true?? Is the rent really going down? Everyone in Kuwait has waited for the rent bubble to pop and maybe it finally has. In 2004 I was paying 180 KD for a two bedroom apartment in Fintas, my mom and sister who arrived in 2000 told me they once paid 80 KD for an apartment in Fintas! Today the rent for a tiny 2 bedroom in Abu Halaifa is 380 KD which is an increase of more than 100 KD from 2 years ago when the building was first opened.
Posted by Crazy in Kuwait