After 11 years of searching I finally found Sheikh Fahad's car next to the Memorial Museum close to KPC building. It saddens me to see it just left there with no dedication or pride, only those who know the story of Sheikh Fahad will appreciate what this memorial means and how the country should never forget his sacrifice at the hands of the Iraqis.

For those who want more information about the war you can check out this wonderful website. 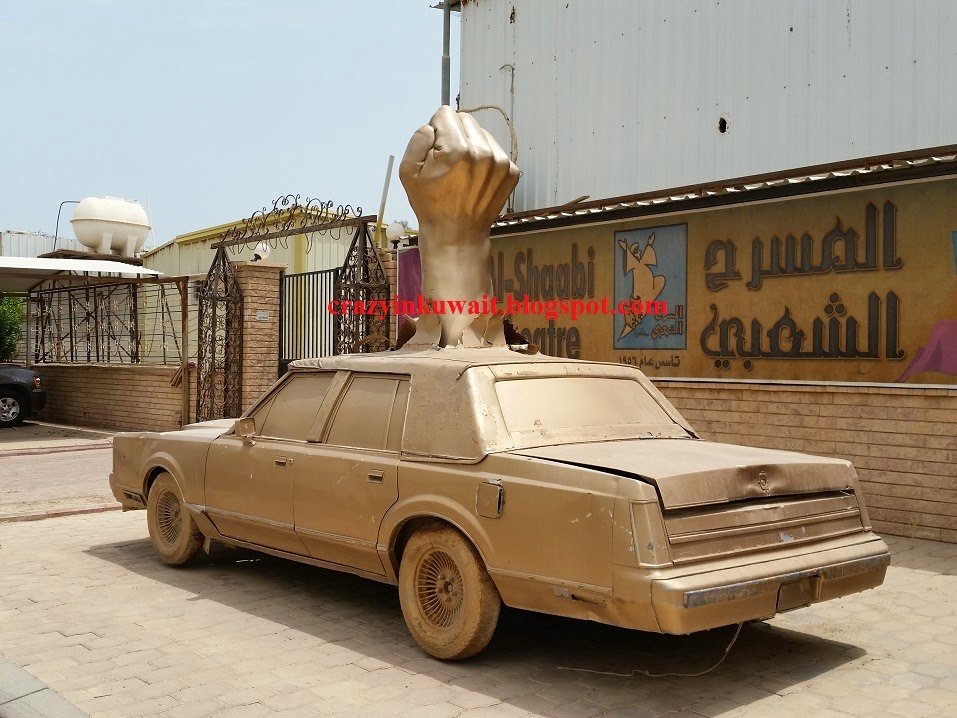 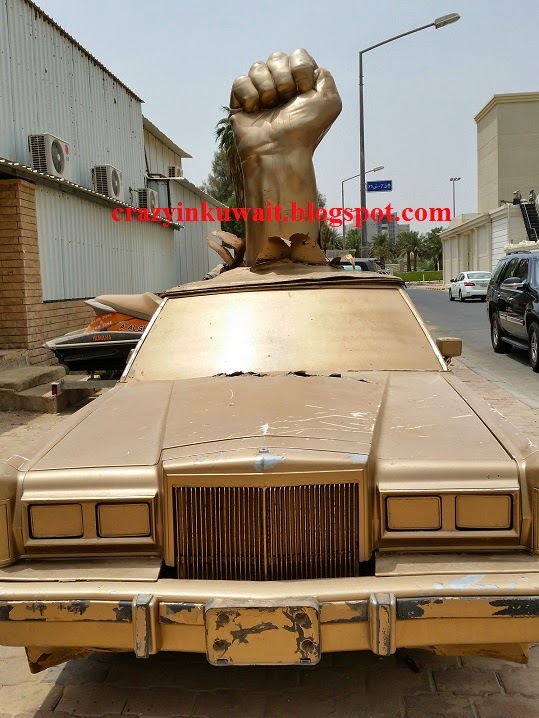 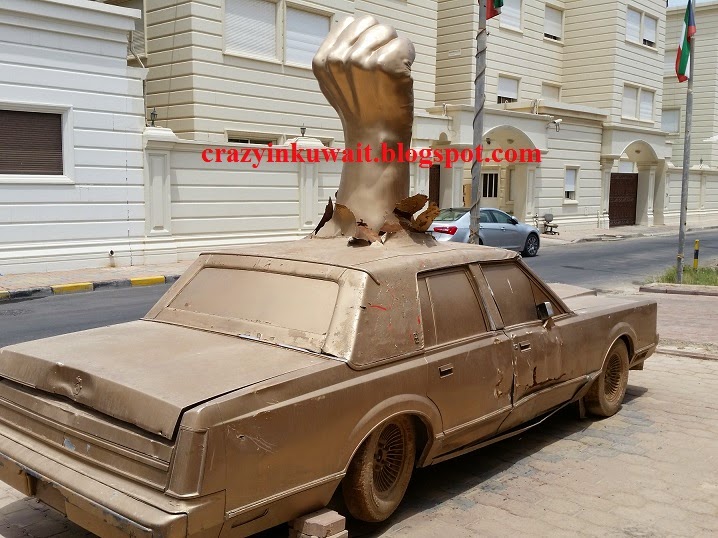 Sheikh Fahad was a worrier of disappointing causes. He fought with the Kuwaiti Army and the other Arab Armies in 1967 against Israel, and was released with the other POWs. A defeat that is attributed to the bad leadership of Egypt.

Then he joined the PLO and fought Israel as a martyr. Until he realised that the leadership of PLO are the furthest from their claimed noble causes.

He even helped Saddam during the Iraqi Iranian war. All of these causes ended in disappointment, none met his noble expectation.

On that awful morning Fahad got his noble cause and met his fate. He received a call informing him that the Emir's Palace is under attack. He picked up his arms, and was joined by his cousin Sheikh Rashid and a friend, went to defend their beloved Emir. At the gate of Dasman Palace, during a cross fire Fahad got his martyrdom.

Myrter Fahad did not get a decent burial. He was buried under an alias name, because of fear that the Iraqis might come and desecrate his corps. We had to wait for seven months, until Kuwait is liberated to give him a proper burial.


Rest in Peace dear Sheikh Fahad. Other links about Sheikh Fahad here and here in which you will see how Kuwait once stood united as one. As the older generations pass away the memories, language and stories are lost with them, it's not too late to start saving what's left.
Posted by Crazy in Kuwait