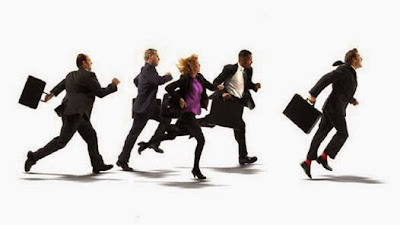 KUWAIT CITY, May 9: A number of parents complained that their children panicked when they saw many of their teachers running away from classrooms last week after being informed about the presence of a tripartite committee headed by the Public Authority for Manpower in the schools to inspect the work permits of the teachers, reports Al- Anba daily.

One of the parents of a student at a private school in Mangaf area explained that his son was  shocked to see his teachers running from the school and hiding in a nearby mall when they heard about the presence of the committee.

When the parent heard about this, he asked the school administration and discovered that the teachers are not on work permits sponsored by the schools but on dependant visas registered under their husbands. He wondered about the role of the Private Education Department in fighting this phenomenon which could negatively impact the educational system and the students.

Meanwhile, another parent revealed that the administration of a school where his son studies had asked his son to not come to the school until he is informed about the date to resume. When he asked about the reason, he was told that they wanted the students to stay at home due to the presence of the committee in the area and return only after the committee leaves.

I knew someone who works there and is legal. This has been happening for a long time, there are a few Kuwaiti teachers there and over a hundred kids, so when the beladiya shows up the teachers are notified by the department heads and they literally take off running dropping kids in the process. They jump into their cars and head off to the nearby restaurants until they are called back. The remaining Kuwaiti teachers are instructed to act like they are the teachers (of all the children in the school).

This time it was at the end of the day and not all of the teachers were there. The kids are left alone and see the teachers run away which I'm sure is terrifying. This has been going on the whole year and maybe longer because they are not getting proper residencies for their teachers which happens a lot! This is a British school in Fahaheel not Mangaf, maybe they are trying to hide the identity of the actual school.

So parents, all of the money you are spending on private education is most likely lining the pockets of  the owners who can't take care of their staff. Can you imagine your children sitting in school when all of a sudden the teachers just run away without securing your child? I know of a British school in Mangaf whose teachers used to pay for their residencies on other businesses because they couldn't get it from the school.

This has been happening for many many years but because they are Western they aren't searched as much as expats maybe that will change now. I would always ask the principals of the school if their staff are taken care of out of the safety of my children. If suddenly your kids are not allowed in school that's a RED FLAG that something wrong is going on!

--As of  today the teachers from several schools were hiding out in Al Kout mall and rumor has it that six teachers from a school in Dasman have been deported directly to the airport? Several other schools -two in Sabah Al Salem, one in Mahboula and one school in Hawalli were checked as well.  It seems they are going after teaching assistants who are on dependent visa 22 instead of visa 18?

UPDATE: For all you teachers who continue to leave rude comments, you can stop now. It's all over you're not special any more move on, get over it! You will be forgotten soon enough, spotlight is turned off etc. It was initially reported to Al Anba paper which is an Arabic paper so obviously a parent reported it not an inside job. La migra!! Wow! Some disgruntled old hens out there for real!

Yes, quite frankly it is my blog and I can write about what I want and who I let comment! Now ladies, take your Xanax and chill before you have a heart attack.
Posted by Crazy in Kuwait